In the Artemis-project EMC2, a multi-view 3D inspection system for quality control of production of items such as screws, angle brackets or tubes is being developed. The system is called “Zero Gravity 3D” (ZG3D) because it takes a number of images of an object while it is in free fall, reconstructs its 3D-model from these images, and compares it with a correct model of the corresponding object type.

In order to test the 3D-reconstruction quality of ZG3D, test data were generated with VITRO. A set of six object types has been identified that covers the geometrical characteristics of objects to be inspected: 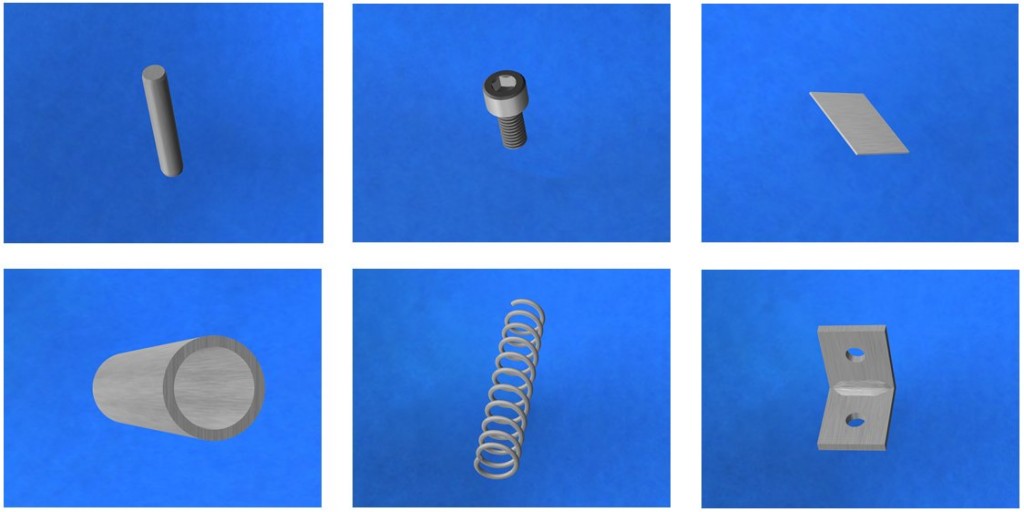 3D-models reconstructed with ZG3D from generated test images were compared with original models (from which test data were rendered) using the Hausdorff distance. Following diagram shows results for 10 different orientations of each test object. 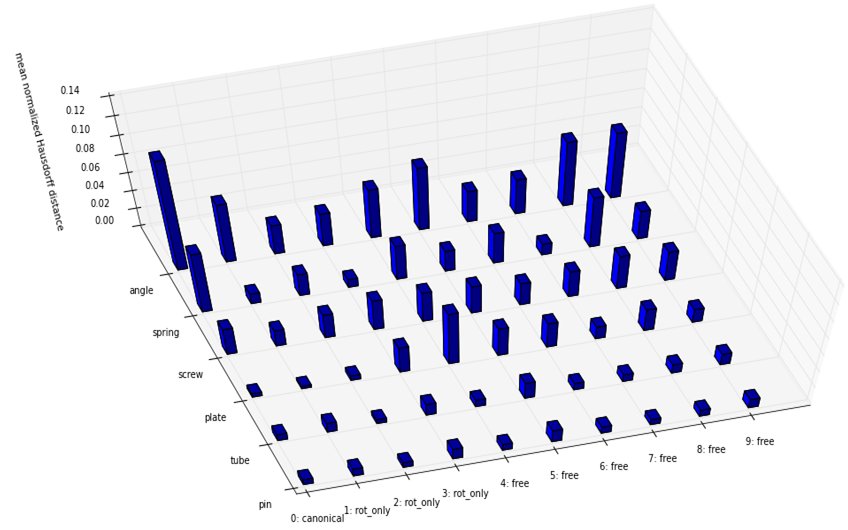 The following diagrams visualize the deviations over the surface for two different objects (units are mm). 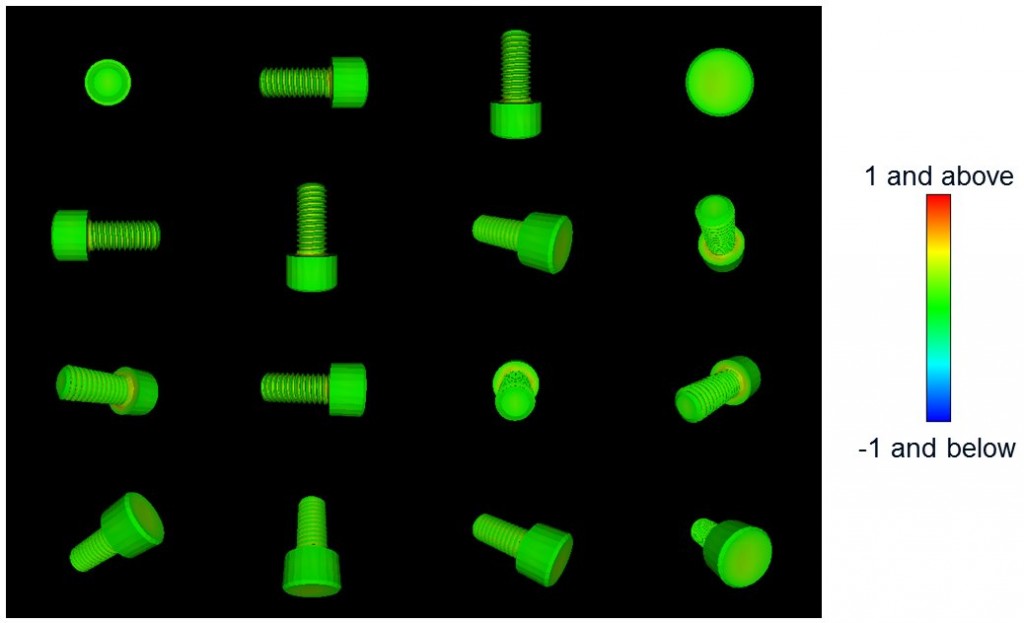 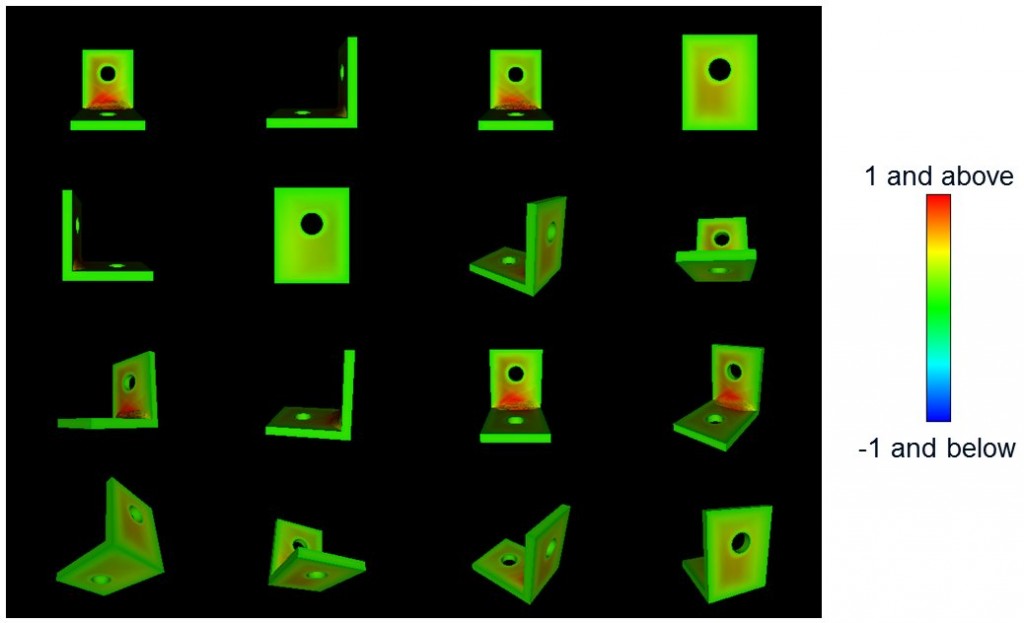